In an industry where lack of productivity and efficiency is globally the number one problem, the 5% revenue growth rate that the German construction has achieved in 2017 is truly spectacular.
This number is even more valuable if we take into account that construction is an integral part of the German economy. It’s indicative that the building sector contributed 0.3 percentage points to the total 1.9% GDP growth rate of the country last year.

These numbers show that the construction industry plays in general a decisive role in terms of social and financial prosperity for Germany. The fact also that 10% of the GDP (€298 billion in 2015) is spent annually on building projects demonstrates what construction really means for the German economy.

But that’s not all! German construction maintains also a strong presence abroad. More specifically, its building output is accounting for approximately €20 billion on an annual basis.
With all the above in mind, we dig into the main strengths and challenges of the German construction industry in an effort to estimate what the future holds for the building sector.

A turnover of €112.2 billion is anticipated

As we saw above, the growth rate of the building sector in Germany has remained in remarkably positive levels for 2017. This resulted in a turnover of €112.2 billion for the construction businesses. It’s a new high for the industry in the last two decades and it comes as a natural continuation of the impressive 6.1% total growth rate during the period 2008-2015. The good news is that the sector is expected to continue its growth momentum until the end of 2019.

According to the officers of Deutsche Bauindustrie and Deutsche Baugewerbe, residential construction is regarded as the main driver of growth with a positive growth rate of 7% for 2017.

Another indispensable factor that has helped the German construction to build such a positive growth rate, during the last years, is undoubtedly the critical improvement of its labour productivity rates. Despite the substantial drop in 2008 and 2009 (-9.5% and -4.9% respectively), the sector managed to recover as it reached € 60,300 in 2014. It is still far from the pre-crisis rates, but it has surely presented a very positive shift. Especially if we take a closer look at the sub-sector rates. Then, it becomes evident that there is a promising and consistent growth.

Based on the numbers provided by Eurostat, manufacturing is a sub-sector with solid growth of 8.8%, while architectural and engineering activities are following with 7.7%. As far as real estate activities are concerned, they still lead the race with €131,600 per employee in 2014. Finally, narrow construction accounts for €41,100 per person. The increased need for affordable housing, during the last years, has a strong positive impact on the endeavor of the German construction sector to optimize both its productivity and infrastructure. In accordance with Eurostat statistics, Germany’s investment in dwellings has increased by 9.5% in the period 2008-2015.
It’s also indicative that only in 2016 almost 400,000 building permits were issued, while in 2015 the same number was 313,000. That’s a spectacular increase of more than 20% within a year. As Barbara Hendricks, German Building Minister, mentions, this is the highest amount of permits approved in a year since 2000. What is more, German construction experts estimate that 350,000 new homes are required on a yearly basis until 2020.
This drastic need for inexpensive housing is mainly a result of the following reasons:

Under these circumstances and thanks to the noteworthy financial support that is provided by the German State, the building industry is anticipated to grow bigger within the upcoming years.

Regardless of the general recovery of the German construction, there’s still a prominent problem that they have to solve. We are talking about the serious skills shortage that the sector is battling against. The vast majority (two-thirds) of construction firms in Germany are encountering severe problems in finding qualified candidates.

The shortage is only expected to get worse if we take into account that 30% of the existing workforce will retire in the next decade. Lastly, Eurostat highlights that the extremely low payment morale is hurting the industry, as well. More indicatively, there is an average waiting period of 45 to 50 days before a payment is properly settled. It’s obvious, then, that construction is one of the foundations of German society. This adds extra interest to the observation of the different dynamics in the industry’s sub-sectors. As shown on the graph below, narrow construction is the top destination for the construction workforce (57.9%) while manufacturing appears to be the last choice (10.8%): Source: Percentage of people employed by construction sub-sectors in Germany in 2015 by European Commission

The big opportunity for German Construction

The German building sector should become more decisive when it comes to managing the progress of a project. As early as 2001, industry experts had identified the need for a better and more inclusive construction project management system. This would allow for faster and data-driven decision making. At the same time, it would provide the great opportunity of collecting valuable feedback regarding the various aspects of the project. In that way, the creation of trustworthy reapplication systems, founded on highly expertised knowledge, would be possible. It goes without saying that, the German building industry has improved a lot since 2001. It obtains a prominent role when it comes to project efficiency and it is surely one of the biggest players in global construction. Nonetheless, there’s always room for improvement. The European Construction Sector Competitiveness Plan (part of Europe 2020 initiative) is very enlightening. The administrative burden has to be reduced while extra emphasis has to be given on issues such as workforce management and green construction.

The good news is that the timing looks perfect for German Construction. The government is ready to support the sector through the investment in social housing. A serious endeavor towards boosting energy efficient refurbishment has begun, as well. That being said, the German building sector is a on a crucial but promising path. All the industry has to do is to embrace digitisation and push for groundbreaking changes in every single aspect of the construction process.

The positive productivity growth rate in combination with the continuous building boom can transform the German industry and empower its global status. The circumstances are ideal but a well-elaborated plan is required. German construction currently has a really good momentum and the best way to make it even stronger is by prioritizing innovation. 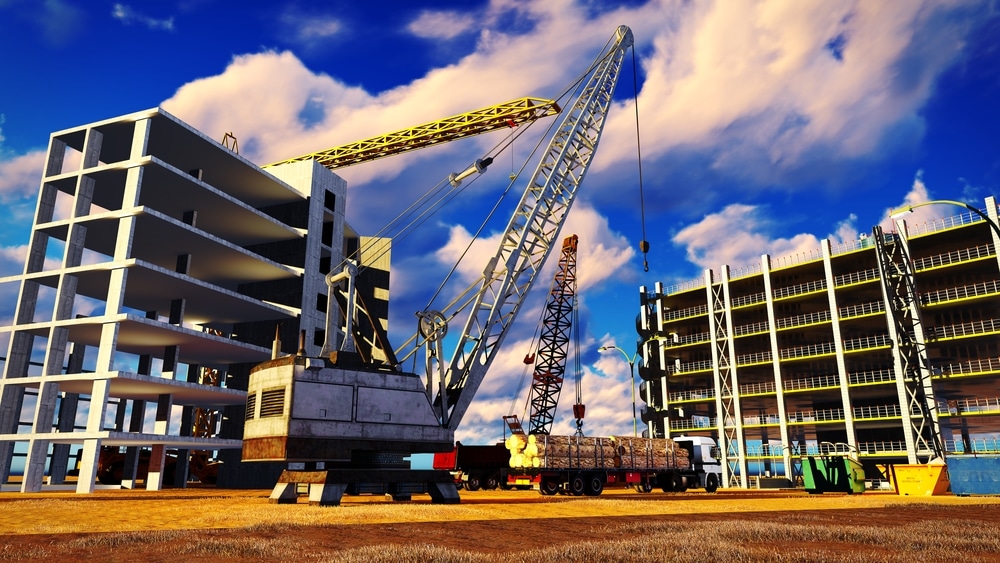